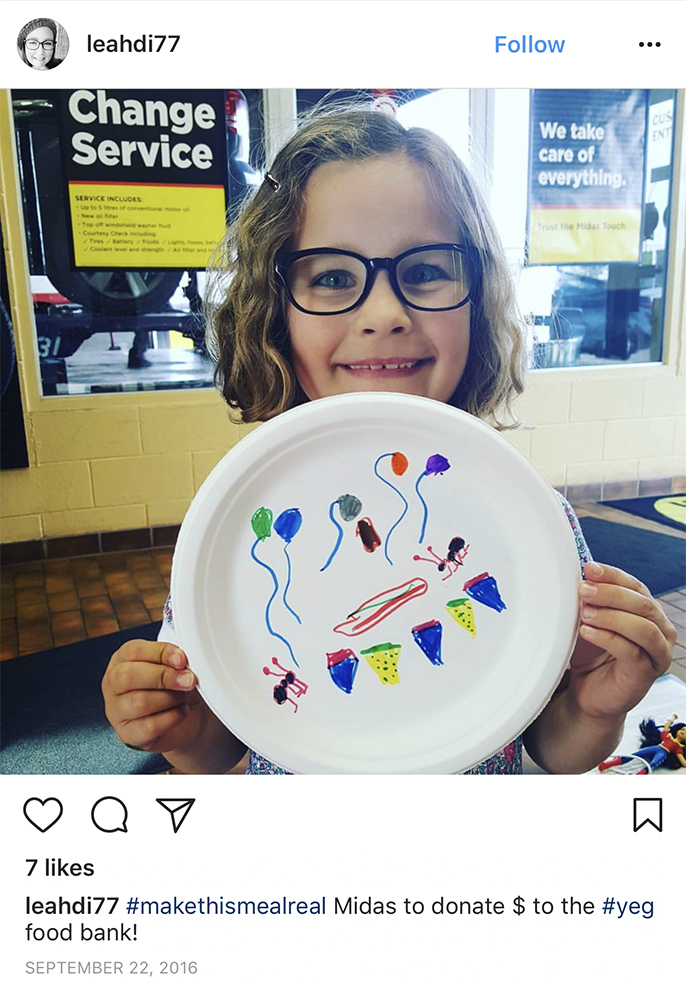 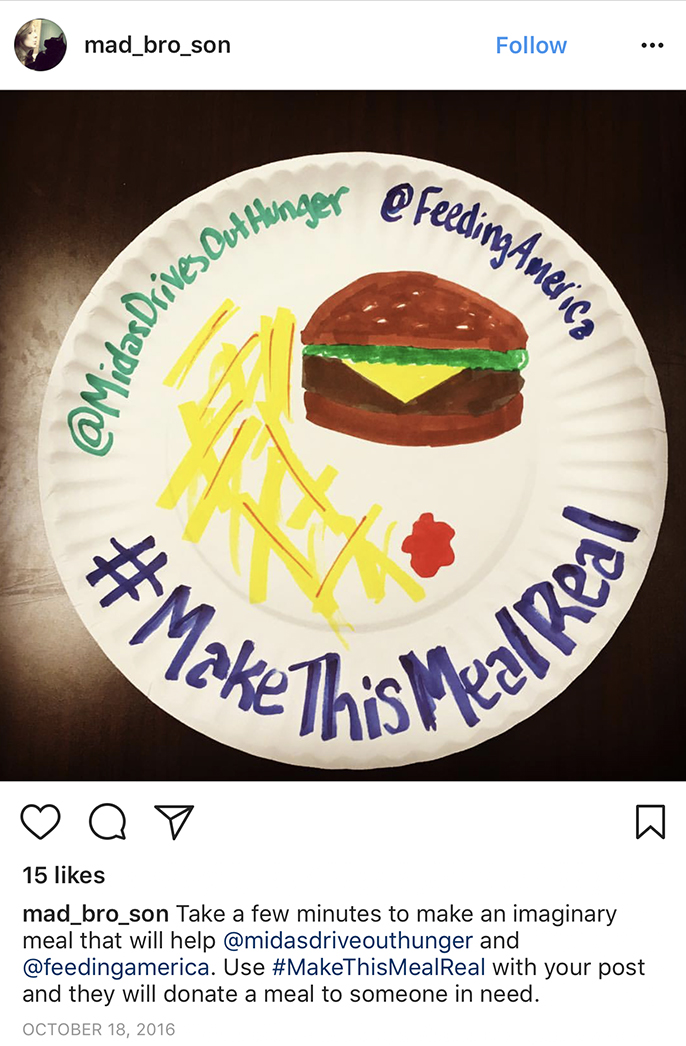 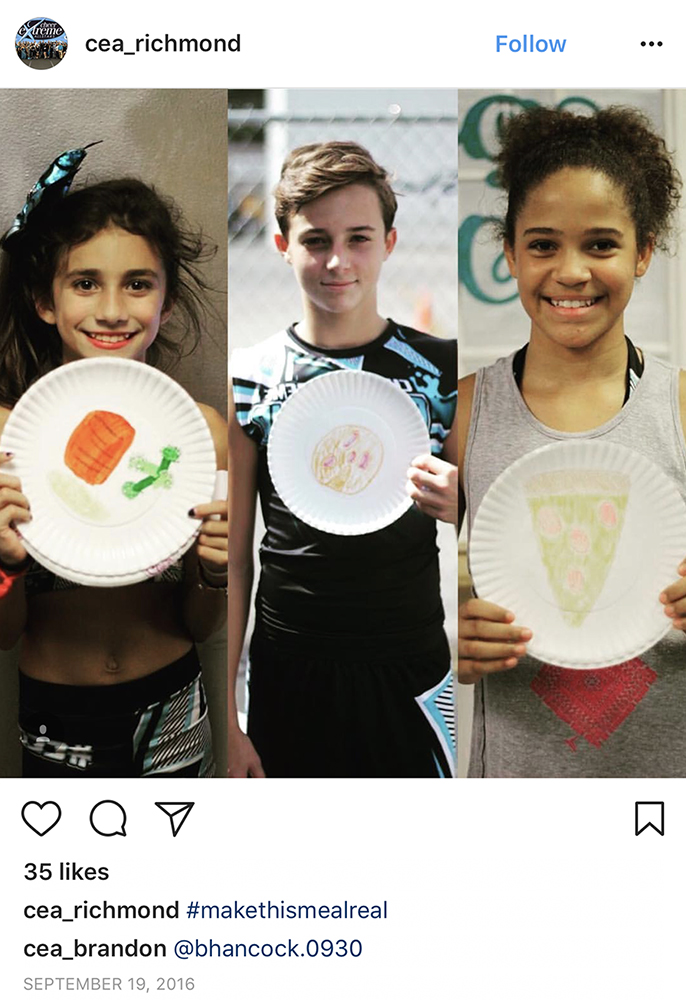 During Hunger Awareness Month 2016, we launched #MakeThisMealReal for Midas, the world’s largest auto service franchise, to continue to build awareness of their hunger relief platform, Drive Out Hunger. We invited social media users to draw a meal and post it to Facebook, Instagram, or Twitter with the hashtag #MakeThisMealReal. In turn, Midas would donate a REAL meal to Feeding America. In addition to local shop owners inviting customers to draw meals in their waiting rooms, local schools and sports teams joined in on the effort and participated in a big way. The campaign was featured in Parents Magazine and was lauded by Feeding America, ultimately resulting in thousands of drawings and thousands of meals donated to people in need. 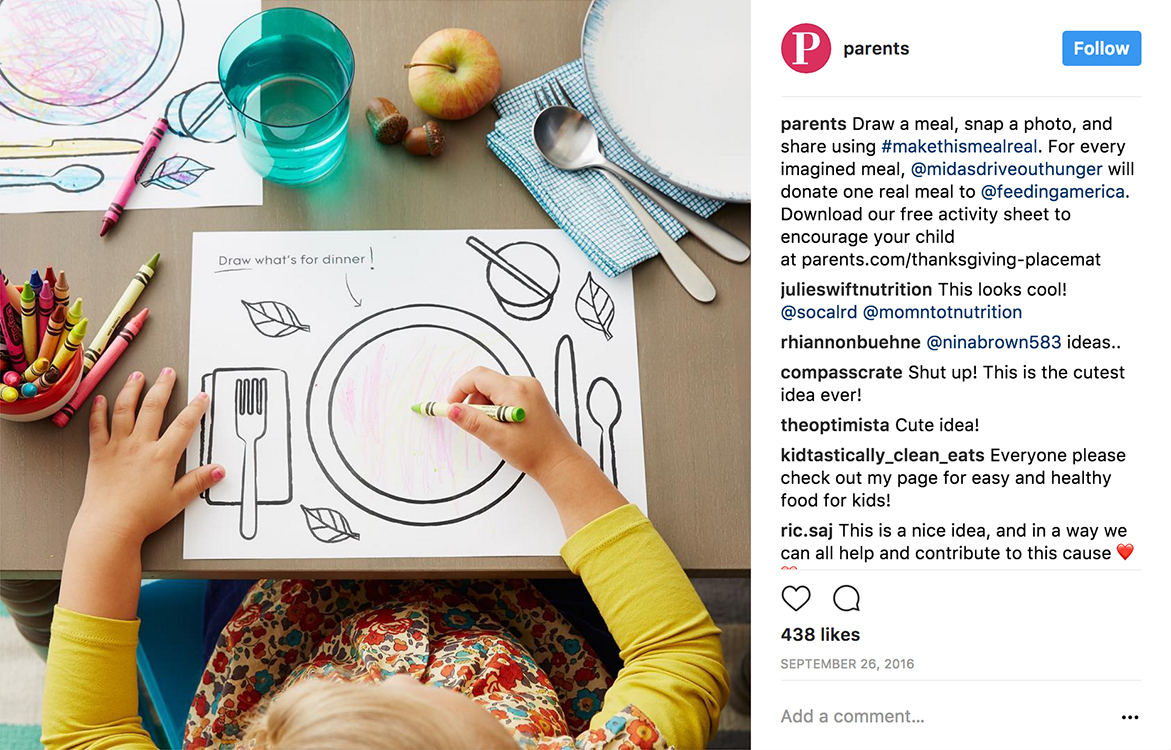